Alcohol and High Rate of Speed Believed to be Factor in Fatal Crash in Arlington, TX

According to @ArlingtonPD  The Arlington Police Department worked a fatal accident that occurred early on the morning of January 01, 2013.  It is believed that “speed and alcohol were factors in this accident.

The driver was driving South Bound on Park Springs at a high rate of speed when she lost control and slid into a signal light pole.  The driver was not using a safety built and was pronounced DOA.

East Bound Abrams at Collins.  In this case an overturned car struck a telephone pole.  Only one car was involved and driver was transported to hospital.  No known information on condition of driver. 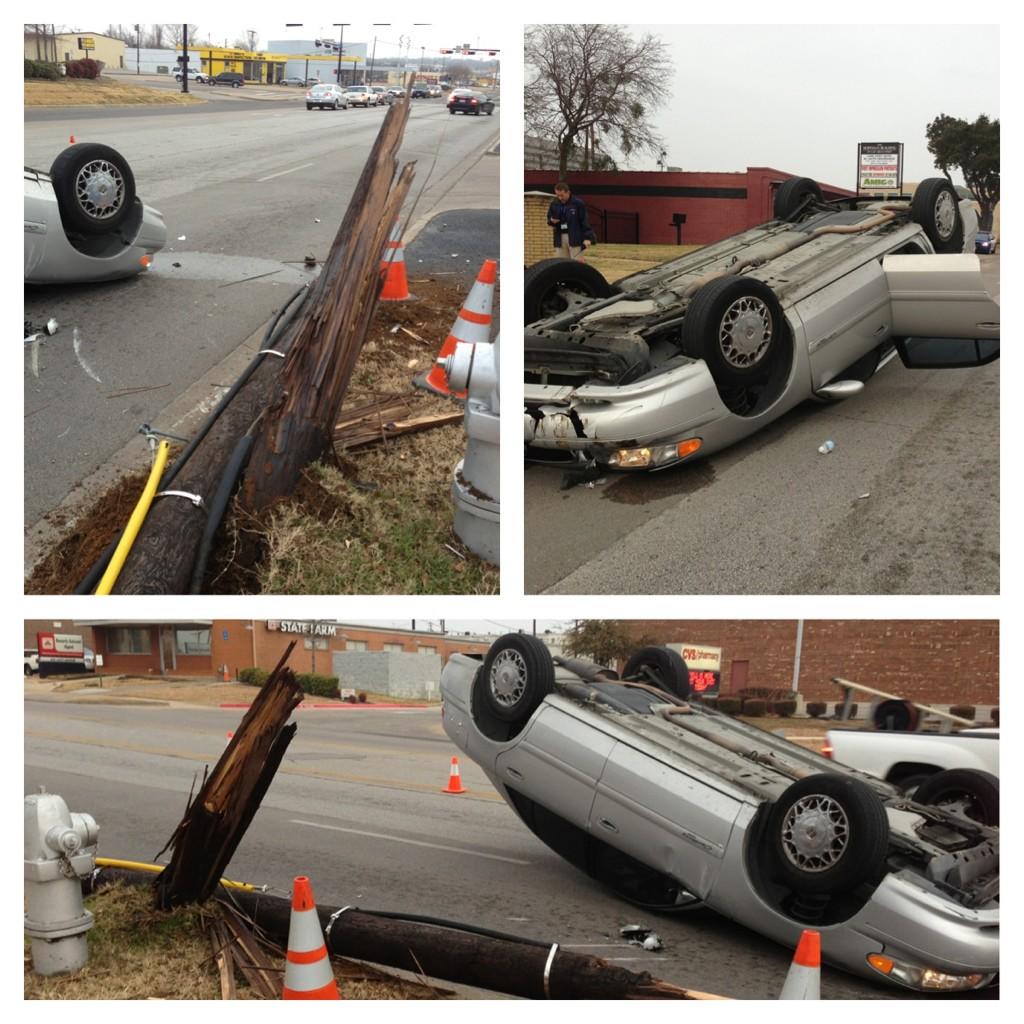